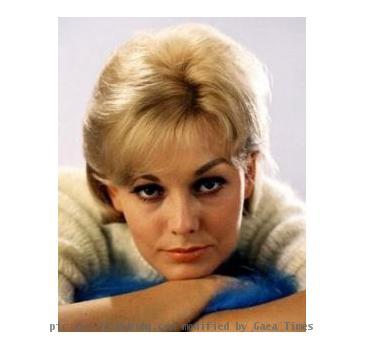 LOS ANGELES (GaeaTimes.com) — The famed Hollywood actress Kim Novak has been diagnosed with breast cancer. The veteran actress is presently undergoing treatment after the mammogram reports revealed that the actress is suffering from breast cancer.

Sue Cameron, the manager of the 77-year-old actress said that doctors are confident about Novak’s quick recovery.

Novak is best known for her role in 1958 Alfred Hitchcock movie ‘Vertigo’. In this movie she beautifully portrayed the character of ‘Madeleine Elster’. She is also remembered for her role on the soap ‘Falcon Crest’ in between 1986-1987. Her most recent appearance includes 1990 British-German drama film ‘The Children’.

After her retirement from silver screen in 1991, Novak began raising livestock with her veterinarian husband at their ranch in Oregon. In the mean time, she made a rare Hollywood appearance in July 2010 for the promotion of a DVD box-set.