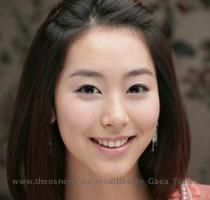 SEOUL, (GaeaTimes.com)- At times the struggle, responsibility and uncertainty of celebrity-hood, takes a toll on many people’s life. The hazards involved with fame is not something that every one can handle. Probably Korean actress Park Hye Sang was one of them, whose struggle and dissatisfaction prompted her to take her own life. The beautiful 29 year old was found dead in her apartment on Nov 12. Her funeral took place today at Seoul Asan Hospital.

The news came up as a shock to many of her fans who loved her for her beauty and poise. Although no one knows why the actress took such a harsh decision. It was not that she was going too slow in her career. But probably she desired for something more than that. She first got the taste of fame and popularity in 2005, with the show “Apgujeong Arirang” on Channel CGV sitcom. She was also a popular face for the music videos. Her most popular number was with boy band SS501 for the song “Snow Prince”, and worked with PK Heman for “Evergreen”. Park Hye Sang also starred in several television commercials for several well known brands like Kumho Life Insurance, Ford Motors, Somang Cosmetics, LG Telecom, LG Household & Health, and CHBC Bank.

Many of her fans who connected with her through social networking sites, prayed for Park Hye Sang. They wished her for a better life post her demise and genuinely wishes her soul to rest in peace. However, she is not the only Korean celebrity who resorted to this means to deliver herself from the depression. Recently, Korea has been witnessing a rise in the number of celebrity suicide, with the death of singer Yu-Ju, Choi Jin-sil, Ahn Jae-hwan, singer Park Yong-ha and U-Nee.