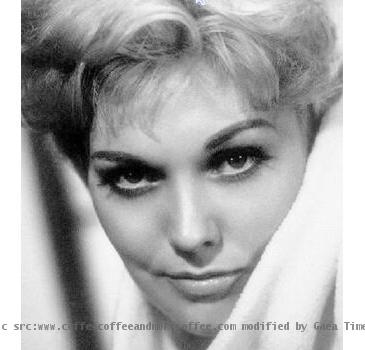 LOS ANGELES (GaeaTimes.com) — If you are a fan of ravishing diva Kim Novak, then gear up to catch her best of bests movies on TCM tonight. The TCM show “Star of tonight” will bring few classics of Novak that include The Notorious Landlady, Picnic, Middle of the Night , Pal Joey, The Notorious Landlady and Jeanne Eagels for you.

As you know, Kim Novak is an American actress, who reached at the pinnacle of fame for her movie Vertigo, in 1958. Since then she never had to look back. She gave a number of hit movies before retiring from acting in 1991. After retirement Novak kept herself busy with oil painting. She is happily living on a ranch in Eagle Point, Oregon with her husband and helps him raising livestock.

Novak started her career at the early age of 20 with the movie The French Line. Her brilliant performance in Picnic fetched her the Golden Globe award in the ‘Most Promising Newcomer’ category. She was also nominated for the British BAFTA Film award.

Today TCM is going to reminisces the great work and contribution of Novak in the Hollywood film industry. Don’t miss to catch the beautiful actress in some of her all time favorite movies.