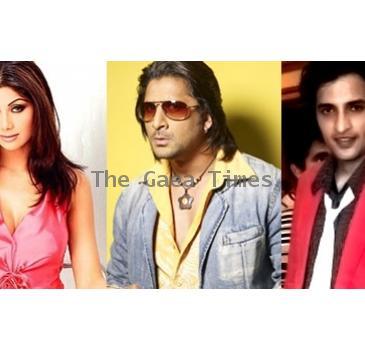 March 30, 2010 (Sampurn Wire):Zara Nachke dikha has moved to Star Plus and thus one expects it to be bigger and better. The contestants’ list does have some impressive names and so one expected an equally impressive jury. The names that are emanating are that of Shilpa Shetty, Arshad Warsi and Ganesh Hegde.

According to sources, Shetty, Hegde and Warsi have been finalised as the three judges. There was some talk of Hrithik Roshan being on board but that’s not true.

All three of them have been regular figures on the reality show circuit with Shetty having adjudicated Jhalak Dikhhla Jaa, Bigg Boss 2 (as host), while Arshad stepped onto the reality bandwagon with Dance Premier League.

Meanwhile, we’re also hearing that the likes of Rakhi Sawant, Krushna Abhishek, Aamir Ali and Sanjeeda Sheikh aren’t part of the show. Well who is in? who is not? The curtain will be lifted on All Fool’s day.