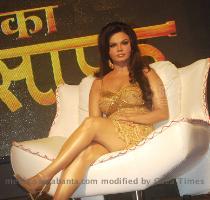 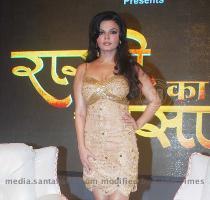 MUMBAI, INDIA (GaeaTimes.com)- It looks like Rakhi Sawant has found herself in the news for all the wrong reasons this time as one of the contestants (guests) on her new reality show committed suicide after she called him ‘impotent’. A criminal case has been filed against the item girl with charges that include Abetment to suicide and Section 506 (Intentional insult with intent to provoke breach of the peace). 24 year old Lakshman Prasad who appeared on one of the episode of ‘Rakhi Ka Insaaf’ was reportedly so upset after the Bollywood bombshell insulted her that he stopped eating and drinking and later committed suicide.

This may not be the attention that the media savvy Rakhi Sawant may like but the family of Lakshman Prasad alleged that it was Rakhi Sawant’s insults on TV that led to their son’s death. His mother told the media that after the show, Lakshman Prasad felt humiliated and had to isolate himself socially as the neighbors started to taunt him for Rakhi Sawant’s ‘impotent’ remarks. She said that he went into acute depression and even stopped eating. This caused a great deterioration in his health which eventually resulted in his untimely death.

Rakhi Sawant’s new reality show ‘Rakhi Ka Insaaf’ deals with real life families and their issues like marital discord and domestic violence. Lakshman Prasad had appeared on the show with his wife in October and Rakhi Sawant was seen insulting the man for behaving badly with his wife. Lakshman Prasad’s family said that he had gone on the reality show to solve his ongoing marital discord but they did not expect the item girl turned reality show judge to insult him so badly.