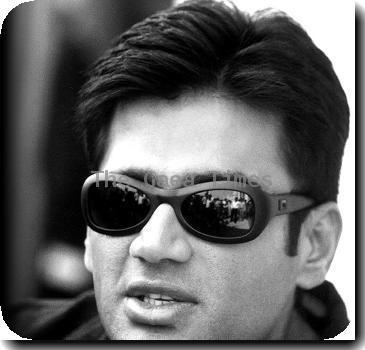 It was, after all, his first ever film festival. Sunil Shetty, who attended the 40th International Film Festival in Goa on Saturday for the screening of his new film Red Alert, has reluctantly chosen to play the professional instead of a family man for once.

Explains Sunil, “I had to choose between attending my screening in Goa and going for my father-in-law’s 80th birthday celebration in the US. My wife and her entire family, who are like my own family, are there. I am like a son in my wife’s family. Moreover ever since my father-in-law lost his wife he hasn’t been himself. It was a heartbreaking decision. But one that my wife helped me to make.”

Sunil’s father-in-law turns 80 this week. And it is a very special occasion, especially for a family-oriented man like Sunil.

“But I had to be in Goa for the screening of Red Alert on Saturday (28 November). The film was a sell-out at all the screens in Goa. The film is being recognized at international film festivals. I think the goras very keen to know about the naxalite movement. They’ve heard about other forms of unrest across the world. But naxalism is new to them.”

Sunil is also excited because he has never attended a film festival before. “Goa is my first film festival .Can you believe it? In all these years I’ve never been to a film festival in my life! I wasn’t there earlier this month at the South Asian International Film Festival in New York where I won the best actor award for my performance in Red Alert. This time I had to be there for my festival.”

Sunil whose realistic performance as a naxalite in Red Alert is getting him critical applause is also pleased with the response to his just-released no-brainer De Dana Dan. “It is a full-on paisa-wasool Priyadarshan film. And we’ve all given our sweat and blood to it.”

Sunil had a major accident while shooting the climax, which kept him bedridden for months. “The chest region is still not fully healed. But like I said De Dana Dan was a whole lot of fun. Then I’ve another comedy Anees Bazmee’s No Problem coming up. I think I am finally done with making mistakes in my career.”