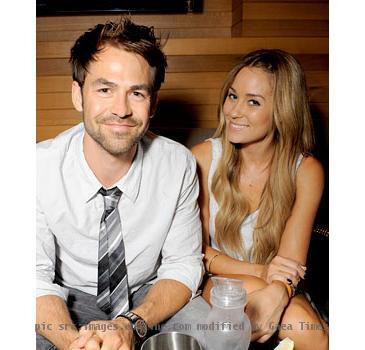 LOS ANGELES (GaeaTimes.com)- Television star Lauren Conrad had been hitting headlines lately after a reputed news source published a story claiming that ‘The Hills’ star and her longtime boyfriend Kyle Howard have decided to tie the knot after the got engaged recently. Not only did the report claim that the 25-year-old ravishing television star was all set to get married to her beau, it also stated that Lauren Conrad was not wearing an engagement ring as she wanted to reveal the big ’secret’ on her forthcoming reality show on MTV.

However, a representative of ‘The Hills’ star has falsified the report calling it utter rubbish as Lauren Conrad and beau Kyle Howard supposedly have no plans of getting married just yet. While talking to a reputed media outlet, the publicist of the television star said, “This is totally false” and also denied the rumor that Lauren Conrad was keeping her engagement a secret as for her forthcoming reality show that is scheduled to be aired on MTV. According to sources, the reality series focusing on the 25-year-old television star is likely to be based on her professional life.

The rumors that the pair had got secretly engaged was not very surprising as the couple have always kept their romance away from the public glare. Lauren Conrad started dating actor Kyle Howard since the month of August in 2008 and the couple have always known to be quite tight-lipped about their relationship. In an interview to a magazine last year, ‘The Hills’ star said that by the time she got involved with the actor, she had perfected the task of living a ‘double life’ that was her television and real life.

"Dancing With The Stars" Vote Continues

LOS ANGELES (GaeaTimes.com)- Now that the semi final episode is over, the fans of "Dancing w...