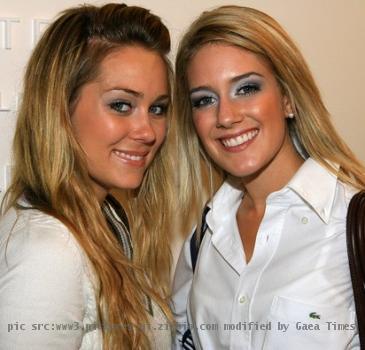 LOS ANGELES (GaeaTimes.com) — Spencer Pratt, who was the root cause of the spat between Heidi Montag and Lauren Conrad, is now helping them to get reunited. Surprised? You wont be if you read the full story.

Heidi Montag and Lauren Conrad were good friends and used to live together in the hills of Hollywood before Spencer Pratt landed there. In spite of Lauren’s warning, Heidi started dating Spencer Pratt. Lauren reportedly asked Heidi to stop meeting Spencer citing that he is sucky and a spoiled brat. But they say love is blind and so was Heidi, who left Lauren and moved in with Pratt. Later they got married.

Heidi Montag twitted this after his husband Spencer Pratt publicly threatened Heidi to leak a sex tape of her. Its really shocking that a husband can even sell his wife’s dignity and grace for the sake of some bucks and quick fame!!