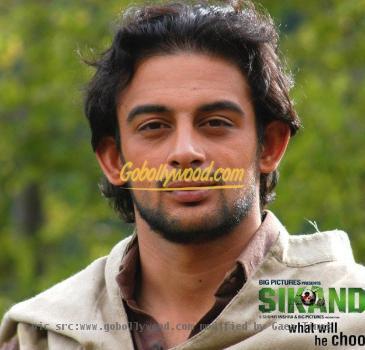 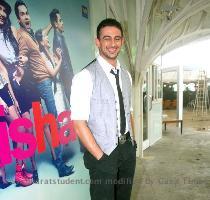 MUMBAI, INDIA (GaeaTimes.com)- Despite belonging to a political family, the new-kid-on-the-block Arunoday Singh emphasizes that Bollywood is the proper place for him, a revelation which does not come as much of a surprise considering the amount of attention that he has generated with his forthcoming flick ‘Yeh Saali Zindagi.’ Although the grandson of veteran Congress leader Arjun Singh shares screen space with highly-acclaimed actor Irrfan Khan, if the promos of the upcoming flick are anything to go by then Arunoday Singh has surely managed to grab many eye-balls. In the Sudhir Mishra directed movie, which is scheduled to hit theaters early next month, the young actor edges the character of Kuldeep who is a gangster.

In a recent interview to a leading news source, Arunoday Singh divulged that he has always been interested in acting and has been associated with the theater since his school days. The actor also went on to add that politics isn’t something that could hold his interest for a long time and he has always believed that Bollywood would be the perfect platform for him. While talking about his role in ‘Yeh Saali Zindagi,’ the actor was cited as saying that the decision to do the film was quite easy for him as it has a brilliant script and the character that he edges is just great.

However, one thing is for sure that the unconventional look of Arunoday Singh in the upcoming Sudhir Mishra directed flick is surely going to make him win a huge fan base when ‘Yeh Saali Zindagi’ hits theaters on February 4.

AGARTALA - President Pratibha Patil here Saturday made a fervent appeal for everyone to properly doc...

NEW DELHI - The third iView Film Festival in New York, Sep 18-26, will be inundated with Bollywo...

MUMBAI - It seems that Sonam Kapoor as the matchmaker in "Aisha" has managed to imprss the movie...

AGARTALA/AIZAWL - President Pratibha Patil will visit Mizoram and Tripura next month to attend the c...

MUMBAI (GaeaTimes.com) -- After last week's Once Upon a Time in Mumbai, Aisha would be more of a...