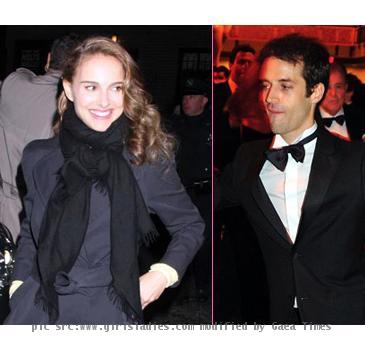 LOS ANGELES (GaeaTimes.com) — According to the famous magazine People, Natalie Portman is currently engaged to a ballet dancer and choreographer named Benjamin Millepied and the couple are expecting their first child soon.

The 29-year-old actress Portman met Benjamin during the production of her newly released movie ‘Black Swan’ which has earned her Oscar buzz. Millepied, born in Bordeaux, France, is a principal dancer and choreographer at the New York City Ballet.

In the film ‘Black Swan’, Natalie Portman plays the role of a ballerina whose obsession with technical perfection takes a heavy toll on her mind and body.

Interestingly, the whole film was choreographed by Benjamin and both Portman and Millepied have several scenes together in the film as well.