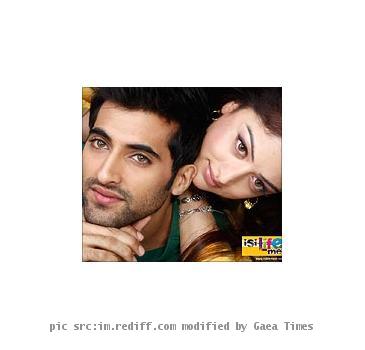 MUMBAI, INDIA (GaeaTimes.com)- With the festivities of Christmas just kicking in, movie-goers are in for multiple treats with a number releases lined up for this weekend. As many as three Bollywood flicks would battle it out this Friday which includes, Ajay Devgan-Kajol starrer ‘Toonpur Ka Super Hero,’ the much-anticipated Farah Khan’s directed ‘Tees Maar Khan’ as well as a latest presentation from the staple of Rajshri Productions, ‘Isi Life Mein.’ If animated flick starring Ajay Devgan and Kajol isn’t something that is grabbing your attention or you want to avoid watching mindless comedy that ‘Tees Maar Khan’ has to offer, then you could opt for the Rajshri Productions flick that promises to be a happy-go-lucky youth centric film.

‘Isi Life Mein‘ stars newcomers Akshay Oberoi and Sandeepa Dhar who play the role of two teenagers trying their best to realize their dream while not bothering much about the success or failure that awaits them. The makers of the movie are pitching their hopes on the fact that the feel-good factor that is associated with the flick would be able to attract the audiences to the theaters this festive season. Although whether ‘Isi Life Mein’ would witness heavy footfalls in the theaters with the other heavyweight flicks that it has to compete against, remains doubtful, the fresh feel of the movie is something that has indeed seized the attention of movie-goers.

‘Isi Life Mein’ also marks the directorial debut of Vidhi Kasliwal, who is the niece of ace director Sooraj Barjatya. Meanwhile, the makers are keeping no stones unturned to ensure that the movie gets a grand opening as it is opening with a whopping 150 prints.