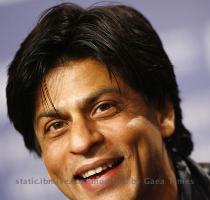 MUMBAI, INDIA (GaeaTimes.com)- This is a great piece of news for all you Shah Rukh Khan fans who are dying to see the ‘Bollywood Badshah’ on the small screen. You just need to hold your patience a little more for next month the king of Bollywood will be arriving once more on the television screen. This time fans will see their favorite hero again as the host of a reality show but different from his previous shows. Yes, come end of January 2011, NDTV Imagine will see the Bollywood hero hosting the show called “Zor Ka Jhatka” which is actually based on the international show called “Wipeout”.

Of late the channel has not been getting enough attention from the television viewers despite the fact that it boasts of some serious controversial stuff with shows having the infamous Rakhi Sawant as the judge. Perhaps this is the reason as to why the channel organizers have decided to rope in Shah Rukh Khan as the brand ambassador of their latest forthcoming show. The show as its setting will have none other than the landscape of the beautiful Argentinian lands. There have been quite some reality shows which had the African lands and even Brazil as the backdrop, but Argentina will be seen for the first time in “Zor ka Jhatka“. No doubt has the producers chosen the right backdrop for the the difficult tasks that the show will offer its participants.

Show producers have said that “Zor ka Jhatka” will have 28 contestants who will fight out for the mega prize of 1.5 crore. The winner of the show will also have prize of 50 lakh. The show with 28 television stars as its contestants and King Khan as their host is likely to draw a wide viewer-ship both in the domestic and from the international domain.