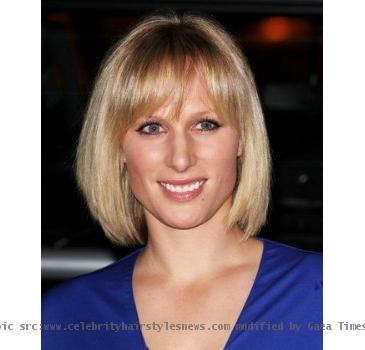 LONDON (GaeaTimes.com) — Zara Phillips, cousin of Prince William accepted the proposal of her boyfriend Mike Tindall on Monday in Gloucestershire.

Buckingham Palace confirmed the news of Mike’s proposal to Zara at their Gloucestershire home on Monday 20th December 2010. The Palace released a statement on Tuesday which read: “The Princess Royal and Captain Mark Phillips are pleased to announce the engagement of their daughter Zara Phillips to Mr. Mike Tindall, son of Mr. Phillip and Mrs. Linda Tindall.”

Zara, 29, said “I was really shocked when Mike proposed but I am very happy.” Whereas Tindall said

I am delighted that Zara has agreed to marry me,” adding “We are both very excited about the next stage of our lives together.

Zara is the daughter of Princess Anne who is 12th in the line to the throne and sister to Prince Charles. Queen Elizabeth, and the Duke of Edinburgh are “delighted with the news,” there spokesperson told PEOPLE. According to the mag, both Zara and Mike, 32, informed their families after Zara had accepted the ring.
No details were disclosed as to when the wedding would be.