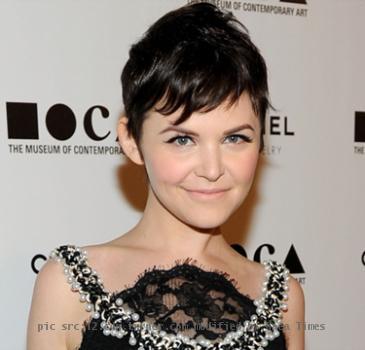 LOS ANGELES (GaeaTimes.com)- Actress Ginnifer Goodwin has revealed one of her biggest secrets to a reputed magazine! The gorgeous actress gave an interview to a reputed media source where she spoke about her dieting habits and also about the international company “Weight Watchers”. The actress reported that she has been a member of the reputed company since she was in fourth standard.

Ginnifer Goodwin told in her interview that she has been a member of the company for last 23 years and she still continues to be the one. She said that the products of the company does not dehydrate her or make her feel “miserable”. The actress said that though she feels that she has a perfect body but she is still not ready to bare it all for her audience. Speaking about her childhood, she said that when her mother first her the dinner of her diet program, she cried aloud as she was served vegetables. However, she said that she changed her eating habits in her childhood because was “heavy” and unhappy as well.

Ginnifer Goodwin admitted that she feels that she is a healthy person and she manages to keep a picture perfect figure with her cardio sessions and also her ballet classes. The “Big Love” actress admitted that even she puts on weight she would never lose her confidence. The actress also added that she would never try to harm herself or be unhappy for her what she is. Ginnifer Goodwin also added that she has never maintained an unhealthy lifestyle. In the end, she praised Jessica Biel and Jennifer Aniston for their perfect figures. The American magazine will hit the book stores in January 2011.

'Family' honored for portrayal of diverse AmericaBEVERLY HILLS â It was a night to celebrate, b...

Ginnifer Goodwin and Colin Egglesfield on the set of her new film 'Something Borrowed' filming...

Ginnifer Goodwin filming on the set of her new movie 'Something Borrowed'. New York City....

Pink, purple provide the sunshine at rainy Globes Pink and purple gowns were the brig...

ABOUT A BOY star NICHOLAS HOULT only landed the lead in TOM FORD's new movie A SINGLE MAN by chance ...

LONDON - Hollywood actress Naomi Watts has been voted the most profitable actress in a Forbes list. ...

GINNIFER GOODWIN is finally putting her break-up with CHRIS KLEIN behind her - she's reportedly foun...

Stars including GINNIFER GOODWIN and MYA are spearheading a new canine charity campaign to stop pet ...
Copyright© 2010 The Gaea Times