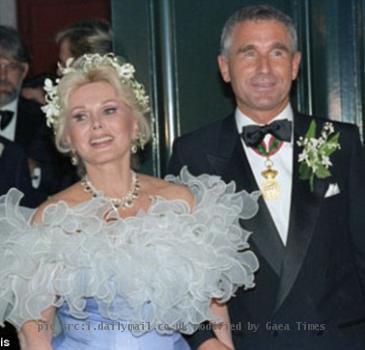 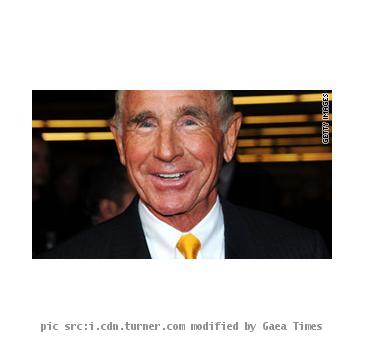 LOS ANGELES (GaeaTimes.com)- Hollywood actress and socialite Zsa Zsa Gabor’s husband Prince Frederic Von Anhalt was rushed to the hospital on Tuesday for accidentally gluing one of his eyes shut. His representative John Blanchette said that the room was dark and his client mistakenly took the nail glue instead of eye drops and applied in his eyes. The publicist said that he was taken to Beverly Hills eye clinic where the doctors repaired his eye damage.

John Blanchette said that the doctors at the Beverly Hills Eye clinic doctors gave him painkillers to ease his unbearable pain. The representative called the whole matter “stupid” and said that Zsa Zsa Gabor’s husband’s surgery was successful and he was in good health after that. Prince Frederic Von Anhalt was, reportedly, released from the hospital later on Tuesday. However, the doctors said that he would have to wear a patch over his right eye for next two weeks. The representative of Prince Frederic Von Anhalt said that the 66 year old man moved the nail glue from the room and said that his wife does not use it anymore.

Zsa Zsa Gabor’s daughter Francesca Hilton told a reputed media source that her mother also suffered a similar kind of injury many years ago when she accidentally used “crazy glue” on her own eyelashes. The actress underwent a hip surgery last summer after she fell from her bed and broke her ribs. In November, she visited hospital for leg infection. On the other hand, Prince Frederic Von Anhalt was taken to the hospital two months ago, when he accidentally swallowed a bee at his backyard.