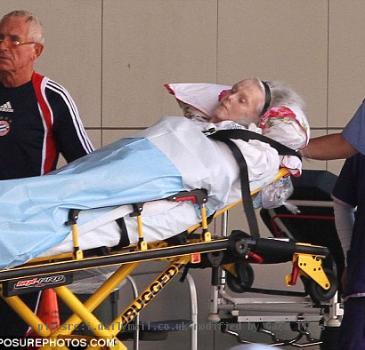 The Veteran Socialite was recovering from a Hip surgery was bedridden for nearly a week. She is known for her lavish lifestyle and her penchant for diamonds. She was admitted to the Reagan UCLA Medical Center on Tuesday after her husband found her unconscious. We reported earlier that her condition was declared stable soon after the admission.

Zsa Zsa Gabor’s condition was declared as stable after a night in observation. She had expressed desires to spend her last days in her home.