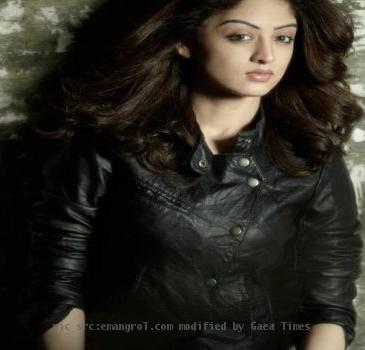 MUMBAI, INDIA (GaeaTimes.com)- The new girl to get selected by the banner of Suraj Barjatya production is Sandeepa Dhar. She grew up in Bangalore but unlike actresses like Anushka Sharma and Deepika Padukone, she does not come from a modeling background. She worked on the small screen before. In the upcoming film ‘Isi Life Mein,’ she will share screen space with newcomer Akshay Oberoi. However, the role did not come to her easily. She had to go through a number of auditions to bag the role, she revealed in a recent interview. In fact she did not think that she will get selected after she realized that there were close to 700 contenders.

During the audition, the production unit tested her and she was also tested for her dancing skills. She was also paired with Akshay Oberoi for dancing tests. Sandeepa Dhar is aware of the fact that there are a lot of talented newcomers in Bollywood nowadays and not many of them get the chance to work with such a big production house at the beginning of their film career. The actress also feels that for a successful debut in Bollywood being a star kid is not a prerequisite.

Sandeepa Dhar is of the opinion that she shares a good on screen chemistry with co-actor Akshay Oberoi. She also feels that hailing from same backgrounds helped them in working together. The debutante has not taken any course in acting so far but does not think that puts her in any disadvantage compared to others. After her first film she wants to try various genres and explore her skills, says the young actress.

MUMBAI - Sooraj Barjatya, who is trying to take his banner forward by making different kinds of movi...
Copyright© 2010 The Gaea Times