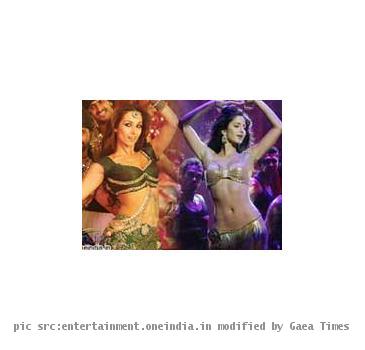 MUMBAI, INDIA (GaeaTimes.com)- When Farah Khan was gearing up to release the promos of the sizzling item number ‘Sheila Ki Jawani’ featuring Katrina Kaif in her latest presentation ‘Tees Maar Khan,’ industry experts had predicted that the track is all set to give stiff competition to the smash hit track ‘Munni Badnaam Huyi’ from the Salman Khan starrer ‘ Dabangg.’ Not only did ‘Sheila Ki Jawani’ gave a tough fight to Malaika Arora Khan’s hit track, it also went on to be became one of the most popular songs of the year. However, now it seem that both the scorching hot item number are going to face the legal ire after a Public Interest Litigation (PIL) was filed on Thursday in the Lucknow Bench of the Allahabad High Court demanding immediate ban on the two item songs.

The PIL has been filed by Nutan Thakur, the wife of an IPS officer alleging that both the songs portray obscenity and are against any kind of decency or morality. The petitioner has requested that the release of ‘Tees Maar Khan‘ be halted until and unless the item song featuring leading lady Katrina Kaif is deleted from the flick. At the same time, in the PIL that has been filed, Nutan Thakur has also sought a ban on the track ‘Munni Badnaam Huyi’ while appealing that the screening of ‘Dabangg’ be stopped until the song is removed.

It has been reported that the matter would be coming up for hearing in the Allahabad High Court on January 3. Farah Khan directed ‘Tees Maar Khan’ released in theaters across the country today.