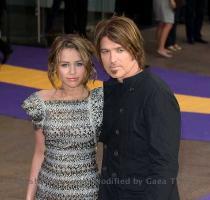 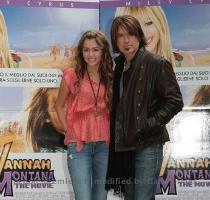 LOS ANGELES (GaeaTimes.com)- It looks like Miley Cyrus is no more the obedient daughter as Billy Ray Cyrus revealed in his tweet that he was unaware of the bong video and is in shock. The father of the pop princess seemed quite saddened by the uproar that the new video caused and said that such things were beyond his control. Considering that Miley Cyrus is a teen icon for millions across the planet, the new video and the father’s comments on the Twitter could surely irk some parents.

It is sure a rough time for the Cyruses as Billy Ray and Tish Cyrus filed for divorce recently. The rumor was that Bret Michaels had an affair with Tish Cyrus though both parties had denied them. Billy Ray Cyrus who recently ended his role in ‘Hannah Montana’ has also been in and out of the news for his role in upcoming TV shows. The bong controversy seems to have made him rather emotional and he apologized to the fans on Twitter and said that he had no idea about the matter. He also added that he saw the video for the first time and felt that some of the stuff were much beyond his control.

In the infamous video, Miley Cyrus is seen smoking from a bong that is filled with the drug called ‘Salvia’. Reports indicate that the drug causes hallucinations and the video itself shows Miley Cyrus going on a trip immediately after the first drag. The video has been a rage on the web and some reports indicate that it could have been stolen from her friend’s camera in which it was captured. The Twitter account of Billy Ray Cyrus has been a rage on the web and so has the video.

Over the years, the cellphone industry have gone through some major upheavals. Remember the days...

ARLINGTON (GaeaTimes.com)- Antonio Margarito's loss to Manny Pacquiao was not enough to make...

Kate Moss plans her own burial

LONDON - Model Kate Moss doesn't want to rest in an ordinary burial site after death and is keen to ...

LONDON - Actress Rebecca Gayheart seems to have had several sleepless nights ever since she gave bir...

Elle Macpherson 'was the inspiration behind Billy Joel's Uptown Girl'

LONDON - A new book has revealed that Billy Joel's hit song 'Uptown Girl' was not about Christie Br...
Copyright© 2010 The Gaea Times