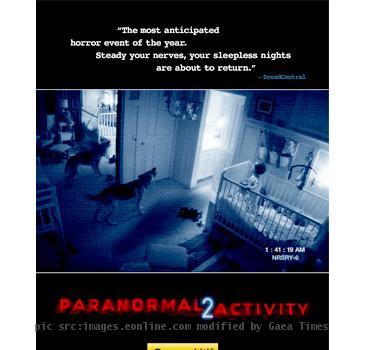 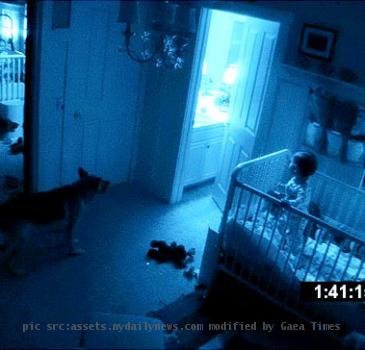 LOS ANGELES (GaeaTimes.com)- When Paramount Pictures released ‘Paranormal Activity 2‘, the sequel to the last year Runaway hit they expected it to succeed but the stupendous success of the sequel has taken them by surprise. The movie is attracting millions of viewers in the countries it has been released and it pushed off another Paramount release ‘Jackass 3D’ from the top slot at the box office. While the critics gave a moderate response to the movie citing lack of originality is camera work and storytelling the viewers have given it a thumbs up as it seems from its run at the box office. The film which does not have any stellar star cast to best of and has been made on a tight budget is raking in enough profits to send the producers laughing all the way to the bank. It is now being shown only in a handful of countries outside the USA but the response it is getting is phenomenal.

The movie ‘Paranormal Activity 2‘ is going to be released in 30 more countries in the coming 2 weeks. The astonishing fact about the movie is that it cost $3 million to make and the producers spent nearly $25 million to market it. In just three days the film has grossed $63 million and most of the collection has come from North America. It may gain even more from the Blu Ray, DVD and cable TV rights in the future.

The film ‘Paranormal Activity 2‘has got the praise from the viewers and critics alike for its treatment of horror and suspense. It may face some serious competition from ‘Saw 3D’ though in the next week.