Scream Awards 2010: Eclipse and Avatar lead the list of Winners

LOS ANGELES (GaeaTimes.com) — Scream Awards 2010 was held on Saturday, October 16. Although the name of the winners were supposed to be unveiled on Spike TV on October 19, some of the name got leaked over the internet.

As revealed by Examiner, the Best Fantacy Movie award goes to “The Twilight Saga’s Eclipse”. The cast of the third installment of “Twilight” also win some ravishing awards at the gala night of Scream Awards. The list includes Kristen Stewart, Robert Pattinson and Xavier Samuel. 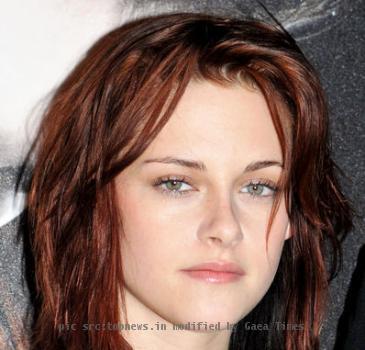 Avatar is also likely to bag few awards. It gott nominations for Best F/X, Best Director and 3D Top Three awards. While James Cameron wins the best director award for his sci-fi movie, the director himself gives away the Scream Heroine Award to the film’s actress Sigourney Weave.

The annual award show also honor the upcoming movie “Green Lantern” with the ‘Most Anticipated Movie award’. Ryan Reynolds was there to receive the gong from his co-star Blake Lively.

In addition, the Scream Award pays tribute to Back to the Future” by inviting the actors Michael J. Fox and Christopher Lloyd on the stage. Some forthcoming and much talked about movies such as “Harry Potter and the Deathly Hallows: Part I”, “Paranormal Activity 2″, “The Rite” win the heart of the audiences as the sneak peeks of the movies get displayed in the Scream Award ceremony.