“Skins” TV Series Will Now Be On MTV USA 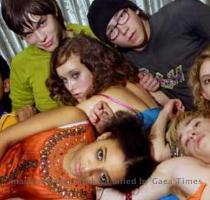 LOS ANGELES, (GaeaTimes.com)- MTV has been shifting it area of focus from just music to innovative scripted dramas in the last few years. One of its product was the well received television series, “The Hard Times of R.J. Berger”, aired the last summer. This winter, it is time for yet another new show to groove you, as “Skins” TV Series, will now shift its base from Bristol in United Kingdom to Baltimore in Maryland.

MTV has decided to reload the fifth series of “Skins” TV series in United States. The show has already been a grand hit in the entire United Kingdom. It had four of its series based in Bristol. Its last series has a total viewer-ship of more than 1.5 million, making it one of the most successful shows in UK. 56% of its viewers are teenagers and young people between the age group of 16 and 34. MTV, which also aims to target the same age group, thought this show to have a good prospect in its channel. “Skins” will be premiered on MTV in January 2011. The first and exclusive trailer of the show will be aired tonight on MTV, during the season finale of “Jersey Shore”.

“Skins” is a teen comedy drama, written by the father-son duo television writers, Bryan Elsley and Jamie Brittain for Company Pictures. The same writers have been requested to create the show for MTV too. “Skins” is a drama that deals with the realities and challenges of life faced by a teenager. It sees life, from the perspective of a teenager. “Skins” TV series deals with certain bold social issues like, drugs, sex, disputes with parents, eating disorders etc, the few typical problems which are common in a teenager’s life. The show seems to have a good scope with the American viewers, feels a source.