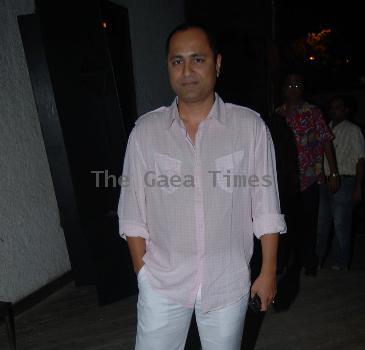 September 10, 2010 (Sampurn Wire): Bollywood’s ‘khiladi’ star Akshay Kumar turned 43 years yesterday and on this occasion his wife Twinkle Khanna organized a surprise party for her hubby. Some of his closest friends were invited in this party on Wednesday night.

Filmmaker Vipul Shah, who is also a close friend of Akshay, was also invited. The producer of his upcoming movie ‘Action Replayy’ presented him a vintage classic watch of 1975, which apparently costs Rs 18 lakh.

A source was quoted saying that Akshay attended an event yesterday to unveil the first look of his next movie ‘Action Replayy’. On this occasion, someone asked him about the new watch he was flashing. While answering the question, Akshay informed that it was a gift from his director friend Vipul Shah on his birthday. Adding to this, the actor jokingly said that since the watch costs a huge amount he hopes that the director does not cut the money from his fees.

Well, Vipul has rightly said that. We don’t count the price of the gifts especially when it comes from a close friend! Hope this friendship lasts long and they keep offering many hit films together!

Tourism picks up in Gulmarg

GULMARG - Gulmarg is experiencing a rush of tourists after months of curfews and security ...

Tourism picks up in Nainital

NAINITAL - Tourism has picked up in Nainital, as the hill station is experiencing a rush of tourist...

MUMBAI - Even the US has not taken technology and connectivity to remote corners in the way India ha...

Festive mood in Rajasthan village that spoke to Obama

AJMER - A Rajasthan village Sunday was in a festive spirit, with villagers dancing to drum beats, as...

MUMBAI - US President Barack Obama Sunday interacted with farmers from Ajmer through a video-confere...

MUMBAI - Aishwarya Rai, who plays a 'typical' girl of the 1970s in the retro comedy "Action Replayy"...
Copyright© 2010 The Gaea Times