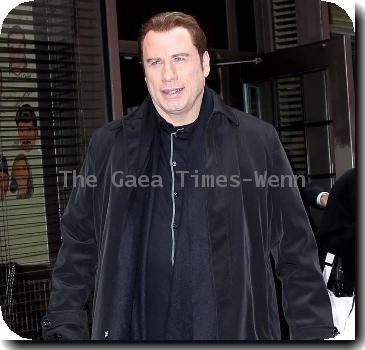 NASSAU, BAHAMAS (GaeaTimes.com)- A retrial in the case of two people who were charged for extorting money from Hollywood superstar John Travolta after the death of his son in Bahamas, has been dismissed. Court sources have revealed that the extortion case was dismissed after the renowned Hollywood star submitted a request in the court to drop the charges against the accused as he did not want to pursue the matter any further. The ruling that the charges against the two accused would be dropped was delivered by Supreme Court Senior Justice Jon Isaacs and as a result a planned retrial in the case that was scheduled to take place has been terminated.

While divulging details of the case, Neil Braithwaite who is the Chief Counsel in the Office of the Attorney General stated that the charges against the defendants were dismissed as John Travolta and his family were not interested in taking the matter any forward as the entire ordeal had just been too painful for them. At the same time, on Monday, a statement was released by the “Pulp Fiction” star in which he emphasized that he did not intend to take the case any further as the matter had already caused immense emotional distress to him and his family.

John Travolta was on a vacation with his family in the month of January last year at the Old Bahama Bay, on Grand Bahama Island when tragedy stuck the family. The plan to spend quality time with family members went horribly wrong when John Travolta’s 16-year-old son Jeff passed away after suffering a seizure.