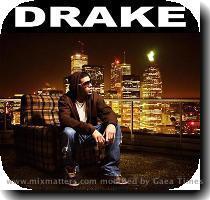 NEW YORK (GaeaTimes.com)- Although double of the anticipated crowd turned up at Pier 17 on Manhattan’ South Street Seaport on Tuesday to see the Canadian rapper Drake and the pop band Hanson perform at a free concert, it was canceled before any of them could take the stage. The Drake Concert was canceled after the crowd got unruly and the concert organizers decided to disperse the crowd with the help of the New York Police department.

Reports claim that while the organizers anticipated a crowd of 10,000 people to turn sip for the show, the Tuesday crowd was somewhat more than 20,000. The show began at 6 p.m. as was scheduled, but before any of the star performers could take to the stage the crowd became unruly and some minor fights ensued. People were seen throwing bottles and climbing nearby roofs to get a better view of the concert proceedings. On the concert ground people hurried to get closer to the concert stage creating a huge ruckus. An eye witness mentioned to a media source that people who were standing in front of the stage started leaving the place as they “were getting crushed”. As per reports six people suffered minor injuries and two were arrested on minor charges by the New York Police Department.

The magazine that organized the Drake concert was happy to find the enthusiastic crowd apologized later on its website for the concert cancellation. It mentioned that though the cancellation was unfortunate it will try to organize another soon. As for Drake, a spokesman of his has revealed to media sources that the singer was disappointed about the fact that the crowd was dispersed off before he could take on the stage to perform.

Earth may have had water 'from the day it was born'

LONDON - A new study claims that Earth may have had water on its surface right since the day the pla...