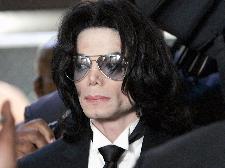 Michael Jackson has died after suffering a fatal heart attack at the age of 50 on Thursday June 25th. The Thriller legend was taken to hospital earlier today after frantic aides found him unconscious at his mansion in Holmby Hills, Los Angeles.

Medics administered CPR en-route to L.A.’s Cedars-Sinai hospital to try and keep him alive, but he was totally unresponsive. After just a few hours in a coma, Jackson died as his family members, including his mother and brothers, rushed to be at his bedside.

The seventh child of the Jackson clan, the singer shot to fame as part of The Jackson 5 at the age of 11, alongside his brothers Jackie, Tito, Jermaine and Marlon. Due to his stunning vocals and dancing ability, Jackson became the stand-out star of the family group, and launched his solo career in 1972 with the release of Got to Be There.

It was announced in February this year that the star would be making a stage comeback for a 50-date residency at London’s 02 Arena. Jackson was reported to have pulled in $75 million (£50 million) from the dates, to aid his dire financial situation, following the foreclosure of his Neverland Estate to service a loan Jackson owed on the property. Experts feared the star wouldn’t be well enough to perform at the shows after reports leaked he was suffering from skin cancer. Only last month, the superstar cancelled the first week of the tour, insisting he needed more time to prepare for the extravaganza.

Michael was 50 years old, is survived by his three children, his mother and father; Joseph and Katherine, and his five brothers and three sisters, Janet, Rebbie and Latoya. - SAMPURN