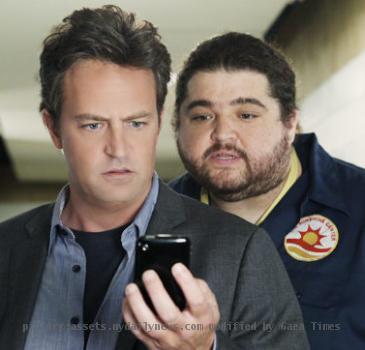 LOS ANGELES (GaeaTimes.com)- After staying away from television for quite some time now, actor Matthew Perry is once again hogging the spotlight for reasons he is best known for. The ‘Friends’ star who has entertained the television viewers for years by playing the role of Chandler Bing in the hit NBC sitcom, has returned to the small screen once again with his brand new comedy series ‘Mr. Sunshine’ which made its debut on the ABC network on Wednesday night. All the viewers who had tuned in to watch the latest presentation of the ABC network witnessed Matthew Perry edge the character of a sports arena manager, Ben Donovan who has to encounter what can be best described as a mid-life crisis soon after he hits 40.

In the pilot episode of ‘Mr. Sunshine‘ that was televised on Wednesday night, the viewers got a glimpse of the pivotal characters of the comedy series which also stars Portia Doubleday, Allison Janney, James Lesure, Andrea Anders as well as Nate Torrence edging some of the lead roles. Since the premiere episode of the ABC series has been aired, the sitcom has created extensive buzz on the web while receiving somewhat mixed reviews from the critics.

However, ‘Mr. Sunshine‘ definitely has many things going in its favor which includes a cast comprising of television veterans as well as a rather wacky workplace which surely holds immense comedic possibilities. Nevertheless, the star of the ABC comedy series is surely Matthew Perry who is, without any doubt going to ensure that the viewers have a great time while watching the show.