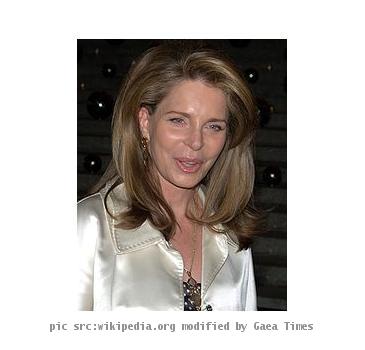 LOS ANGELES (GaeaTimes.com)- The “Piers Morgan Tonight” featured none other than Fareed Zakaria, Nick Kristof and Queen Noor, on its show yesterday. The show was aired at 9pm ET and 6pm PT in the United States. The enlightening episode, spoke about the uprising in Egypt. However, it tried to focus a bit more about the Muslim Brotherhood, which according to many, is the main cause of the political and civil turmoil in the nation. Queen Noor of Jordan, spoke about the issue, but she presented herself and a moderate sympathizer of the Muslim Brotherhood.

Queen Noor believes that like many other minority groups in the nation, Even Muslim Brotherhood is one, who has their own point of view and opinion. This group wants to put forward their perspectives to the society, and wants the government to pay a heed to their demands. She also added that the Arabs in Egypt, are otherwise peace loving and moderate people. The discussion came up, when the host of the show, Piers Morgan, started asking about her opinion on the latest comment by former House Speaker Newt Gingrich. The house speaker once opposed the decision of Hilary Clinton, who apparently advocated reaching out to the Muslim Brotherhood. He said that Muslim Brotherhood are “a mortal enemy of our civilization”. He also said that this group themselves advocate the same view through their slogans. He opined that their only method is Jihad and death. On that note “reaching out” to this group would be “fundamentally wrong”.

Queen Noor feels that whatever is going on in the middle east, has a very polarizing approach. It goes on a presumption that every religious group, especially the Arabs and the Muslim Brotherhood, are extremist in nature. Queen Noor opposes this presumptuous mindset.

LONDON - An Al Qaeda group in Somalia has boasted that it plans to launch several smaller-scale ...