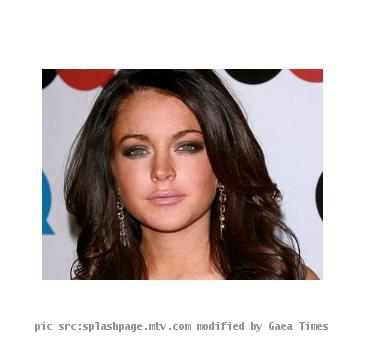 LOS ANGELES (GaeaTimes.com)- Much anticipated and much touted “Superman” is scheduled to release on December 2012. Ace producer Christopher Nolan will produce the movie and Zack Snyder will be directing it. The superhero flick will be written by David S. Goyer. The movie officials were frantically searching for a fresh face to play the role of protagonist of the movie and in the end, Henry Cavill bagged the role in “Superman: Man of Steel”. In a recent development, a reputed media outlet reported that the film officials are in talking terms with troubled starlet Lindsay Lohan to play a significant role in the movie.

An insider of the movie told a reputed media outlet that Lindsay Lohan might play a major character in the forthcoming “Superman” flick. Moreover, the gossip portal reported that the “Mean Girls” actress is expected to meet the “Superman” officials soon to discuss her role. One of Lindsay Lohan’s friends said that the actress is “dying” to show people that she is talented and can still can get into the skin of her character. However, there is no conformation of the news yet.

On the other hand, some gossip portals reported that Kristen Stewart has also met with Zack Snyder and other officials of the movie to discuss about the movie. However, the fans of Lindsay Lohan are excited to hear that the actress might nab the role of Lois Lane in the next “Superman” venture. One of Lindsay Lohan’s close friends, reportedly, said that the actress is serious about making a comeback. The friend also said that after Lindsay Lohan came to know that handsome Henry Cavill would play the role of ‘Superman”, the actress has become more excited about it.