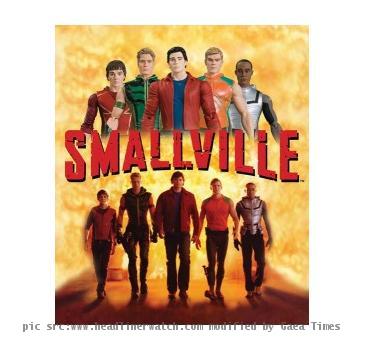 LOS ANGELES (GaeaTimes.com) — It seems that the journey of young Mr.Clark Kent is coming to an end, at least in television. The final season of the famous serial Smallville is reported to be aired on CW Fridays from the month of September this year. A group of people from Smallville were present at Comic-Con to reveal the first look of this season’s episodes.

Cast members were asked various question on the upcoming season and which role would they like to play if they were given chance to enact another character in this series. Everyone was in a good mood and were pretty excited about the 10th season of this series. So, be sure to tune in from September to witness the ending season of a great saga.