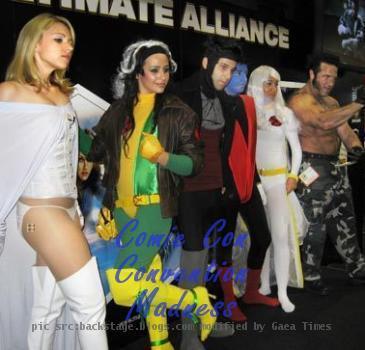 San Diego (GaeaTimes.com) — A great news for all you Comic-Con die-hards out there. The 4 day passes and single day memberships for the Comic Con International convention are now on sale online.

The San Diego Comic Con International is an annual fan convention held since 1970. The multi-day passes usually sell out within a month. The single-day badges got sold out by February for the last Comic-Con International. Online sales began at 9 a.m. The four-day event recently signed an extended contract to stay at the San Diego Convention Center from July 21 to 24, 2011. It is sure to attract more than 130,000 attendees from all over USA.

It seems that prices have gone up for the passes this time. Four-day passes went from$100 to $105;single-day passes rose from $35 to $37. Discounts are available for children and seniors 60 and older. Get your pass form official site of Comic-Con.