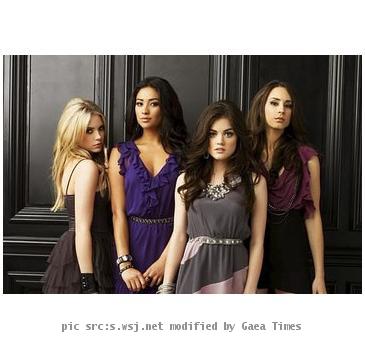 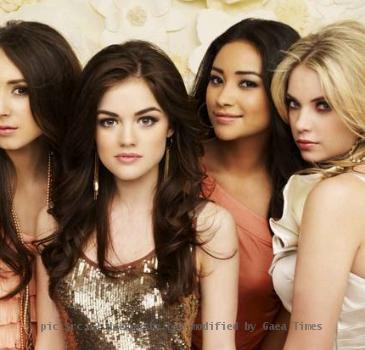 LOS ANGELES (GaeaTimes.com)- Much anticipated “Pretty Little Liars” episode 16 was aired on ABC last night and the audience loved the performance of the actors. This week more mysteries were unveiled and it seemed that the girls were closer to the identity of “A”. The episode was subtitled as “Je suis un Ami (I Am a Friend)”. On the other hand, Spencer realizes that she might have been wrong about Toby and the volunteers to teach him French to get the information. Toby gives her an envelope and says that he has found it in Jenna’s room. The girls are speculating that Jenna might be “A”.

“Pretty Little Liars” episode 16 also saw tiff between Spencer and Hanna. Hanna admits that she gave Spencer’s mother the ticket to the museum and as a result Spencer fights with her and leaves the place. Spencer is already disturbed because Melissa has told her that she is pregnant with Ian’s child. On the other hand, Spencer is disturbed because Ian is her prime suspect and she fees Melissa is in danger. Aria discovers that he parents are secretly having an affair with each other. Meanwhile, Hanna suspects Caleb as his dress matches with the stalker who used to collect evidences for blackmail. Hanna takes Caleb’s money and he chases both Aria and Hanna

On the other hand, when Hanna cries alone, Caleb comes and comforts her! This week, however, “A” remained somewhat mum as he did not pester the girls with text messages. The final scene of “Pretty Little Liars” episode 16 seemed quite creepy as the girls found out a tape which only played “Je suis un Ami (I Am a Friend)”.