‘The Dark Knight Rises’ In Spotlight 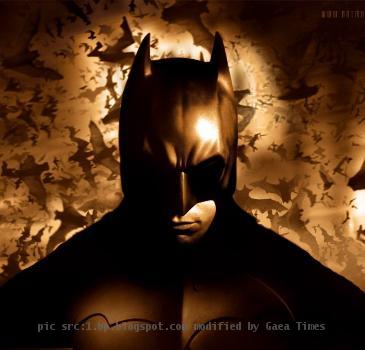 LOS ANGELES (GaeaTimes.com)- Director Christopher Nolan who has the record of making quite a number of critically acclaimed and blockbuster movies in Hollywood is all set to start shooting for the ‘Dark Knight Rises’, the sequel to The Dark Knight. The buzz around the upcoming movie is quite high and the fans are expecting nothing short of a masterpiece from the ace director. As expected the director has made some changes in the cast though actor Christian Bale will reprise the role of the masked savior of Gotham City once more. The leading lady has changed and Anne Hathaway will be seen in an important role. Tom Hardy is likely to play the role of Batman’s nemesis and there will not be Joker, the arch enemy of Batman. Christian Bale recently said in an interview that he is not sure if this should be his last Batman movie.

The actor said that though earlier he thought ‘The Dark Knight Rises’ would be his last Batman movie, he cannot say so with certainty. However, he made it clear that he will act in another Batman movie only if it is directed by the same person aka Christopher Nolan. The actor director duo apparently shares a good working rapport.