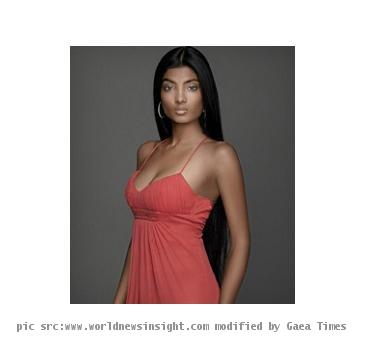 LOS ANGELES (GaeaTimes.com)- Anchal Joseph is the next lucky girl to date none other than the once upon a time handsome hunk Jim Carrey. Although the 49 year old is still good looking, his potential to attract a 24 year old hot model remained unleashed for several years. Now, that he has established his hunting skills to the world, he deserves a huge round of applause.

Anchal Joseph is a model born in Delhi. She was one of the hottest participants in “America’s Next Top Model”. Although she did not emerge as the winner, her potential was highly appreciated, that enabled her to bag several other modeling offers after the show was over. In Tyra Banks’ modeling competition show, she came up as the sixth runner up. She posed for ELLE Singapore and Vogue, France. Apart from that she has also indulged in her share of high profile ramp walk all over the state. However, all those who knew about her, were only aware of her modeling skills. No one knew that the petty model was big enough to make Jim Carrey her boyfriend. The rumors of their romance started stirring when the couple were seen coming out of a Broadway production house, which played the latest theater by Christina Ricci and Laura Linney, namely, “Time Stands Still”. Hand in hand, the two new reported love birds were quite comfortable and happy with each other.

Neither Anchal Joseph nor Jim Carrey were available for any comment on their relationship. However, now since the first rumor is already on, it will not take much time for the paparazzi to establish the truth with proper evidences.

MUMBAI (GaeaTimes.com)- The beautiful Aanchal Kumar was eliminated from the popular reality sh...

Now a 'Rancho' school comes up in Bihar

BEGUSARAI - A school for the poor in Bihar, inspired by Rancho's iconic school in Bollywood blockbus...

THIRUVANANTHAPURAM - President Pratibha Patil will Friday inaugurate what is believed to be the cost...

RANCHI - After Monday's shutdown against the hike in fuel prices, people in Jharkhand are again brac...

No plans to direct a film: Pookutty

JAMMU - A border Security Force (BSF) personnel was injured in a firing from across the Internationa...

PUNE - A hair show was organised here on Saturday, where models from across India and abroad showca...