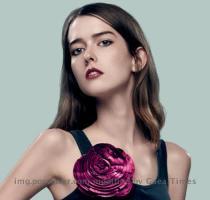 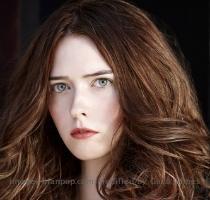 LOS ANGELES (GaeaTimes.com)- Winner of America’s Next Top Model Cycle 15, Ann Ward, has a waist size that most women can only dream of. The 6′2″ model was chosen over Chelsey Hersley in the finale where the finalists were given some of the toughest challenges in the competition so far. An emotional Ann Ward said after winning the competition that she thought about all those people who made fun of her and added that they will now realize that they should have been nicer to her.

Ann Ward’s win, however, has stirred up a new debate about ‘America’s Next Top Model’ with some experts saying that the show is promoting the wafer thin models with dangerously thin waists. One blogger said that it reiterates the fact that designers are looking for human coat hangers with no amount of flesh showing while they walk the ramp flaunting their design. Show host Tyra Banks, who is known for her dangerous curves, said that the purpose of the show was to redefine beauty. During the course of the show, Ann Ward was called the ‘new sexy’ for her dangerously small waist size.

Some reports indicate that Ann Ward’s waist size is so small that a man can easily fit his hands around it. Tyra Banks said that she was thrilled with the 15 winner of the America’s Next Top Model and did not have a problem with her body type. Considering that a plus sized fashion show was announced at the New York Fashion week recently, the victory of Ann Ward has come as a surprise to fashion experts and fans alike.