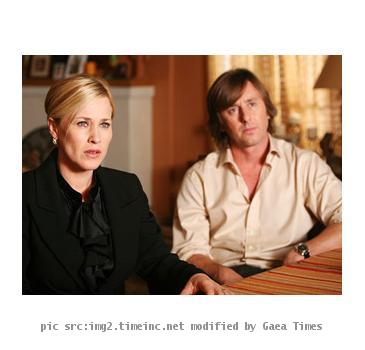 LOS ANGELES (GaeaTimes.com)- People who had been the regular watchers of “Medium” TV show, have a bad news to be shared. The series would be shown no more on the television. Last night was the last episode of the show after which it went off air. The show made its debut on NBC in January 2005, spanned for seven long years and went off air only last night. The entire journey of the show had not been an easy one. The show was initially aired on NBC, but shifted to CBS in its final two years.

“Medium” TV show had initially attracted a number of viewers because of the different kind of story which it showed. The series premiere had a viewership of 16.13 million. the series was a consistent performer all through its first season and made a place for itself in the Nielsen Top 20 having an average of 13.9 million viewers. “Medium” TV series continued to remain in its original time slot in the second season at the time the NBC announced its Fall 2005 schedule. All through the season, the series experienced a consistent decline in viewership. From 16.13 million in the premiere, to 13.9 million in the first season, the viewership dropped to 11 million viewers. “Medium” was renewed for the third season in April 2006, but this time it failed to be in the list of NBC’s Fall 2006. Last year, in October, CBS ordered that the seventh season episodes would be cut down from 22 to 13. The declining statistics is an indication that the show would go off air very soon, and that was exactly what took place last night.

in November last year Patricia Arquette reported a leading news source that “Medium” TV show is just left with two more episodes to be shot, after which the show would go of air. It looks like the supernatural elements of the show have lost their appeal which could be one of the possible reasons for the show to bid farewell to its viewers for the last time.