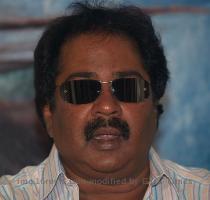 EVV Satyanarayana, however, failed to cope up with his deteriorating health conditions and died in the massive stroke. Ever since the news broke down, it has rendered a severe shock to almost every insider of the Telugu film fraternity. Not only people from Tollywood, fans too have been shattered by the death news of their favorite director. EVV Satyanarayana is survived by his wife Saraswathi and two sons Allari Naresh and Aryan Rajesh both of whom are actors of the Telugu film industry. EVV Satyanarayana made his first venture into films with his directorial “Chevilo Puvvu”. He rose to fame with “Premakhaidi” which was a super hit at the box office.

Not only these, his other famous films include “Kithakithalu” and “Bendu Apparao” where he created magic with his second son Allari Naresh. EVV Satyanarayana had also launched his elder son Aryan Rajesh with “Hai”. EVV Satyanarayana is also credited with giving the Telugu film industry many superstars including Pawan Kalyan. “Chala Bagundi” made the audience see EVV Satyanarayana taking the place as a producer for the first time. He also made his tryst with the Hindi Film industry with “Suryavansh”. Now that the renowned filmmaker has died, an irreplaceable big gap has been created in Tollywood.

September 27, 2010 (Sampurn Wire): Allari Naresh and Kamna Jethmalani are pairing up for ‘Ka...

Buridi to hit screen on April 30

April 19, 2010 (Sampurn Wire):Aryan Rajesh and Aiswarya are playing the lead in ‘Buridi&rsqu...

Buridi is busy in re-recording

April 9, 2010 (Sampurn Wire):Aryan Rajesh and Aiswarya are playing the lead in ‘Buridi&rsquo...

Joy to hit screen on Feb 20

EVVs film to go on sets on January 1

Popular director EVV Satyanarayana would wield the megaphone for a film to be produced by Big B Prod...

EVV gets ready for his half century

Prominent director EVV Satyanarayana is all set to complete his half-century. Of course, not in the ...

Directed by EVV Satyanarayana and produced by Movie Moghul, Dr D Ramanaidu, under the banner of Sure...
Copyright© 2011 The Gaea Times