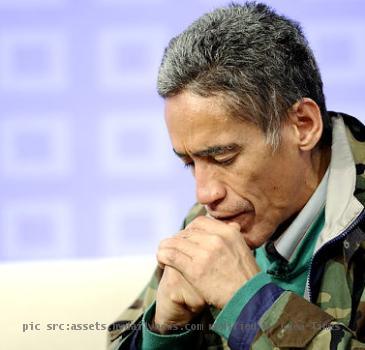 LOS ANGELES (GaeaTimes.com)- The golden-voiced homeless man, Ted Williams, who became an overnight sensation after a YouTube video introduced himself to America was arrested last Monday after he had an altercation with his daughter. The Los Angeles Police Department reported that they got a call from Renaissance hotel on Monday night after Ted Williams got into a fight with his daughter. On the other hand, Stacey Luchs, the spokesperson of “The Dr. Phil Show” said that the man with the golden voice has agreed to enter rehab after he spoke with the host of the show, Dr. Phil McGraw and confessed that he suffers from drinking problem. This episode will be aired on Thursday.

The Los Angeles Police Department reported that Ted Williams was arrested, detained for sometime and then released later. Catherine Massey, Los Angeles Police Officer said that the incident was “minor”. Catherine Massey said that both the parties were angry but there were no signs of visual abuse and they were later released. However, Ted Williams’ daughter Janey Williams said that she tried to restrain her father from drinking and it resulted in the altercation.

Some media outlets are of the opinion that Ted Williams is having a difficult time, handling the pressure and sudden fame of stardom. In his interview, Ted Williams told Dr. Phil McGraw that he has become addicted to drinking now a days. However, it seems that after he got arrested, he realized his fault and hence agreed to enter rehab. A source close to “The Dr. Phil Show” said that Ted Williams has agreed that he is no more “sober” as he used to be and now he is ready to get help.

LONDON - Marilyn Monroe was an expert in the kitchen, according to a new book, which includes her ve...

Terry stunned and upset over attack on father by rival fans

LONDON - Chelsea skipper John Terry was shocked last night after his father was beaten up by Tottenh...

CANBERRA - A city-wide crime survey has found that over 55 per cent of Victorians believe that viole...

MELBOURNE - An Australian analysis has pointed out that the number of women opting for vaginal "reju...

Republicans capture control of House of Representatives, but not the Senate

WASHINGTON/NEW YORK - President Barack Obama was given a stern message by the American people on T...

Remarks by the President and the Vice President at DNC "Moving America Forward" Rally in Cleveland, Ohio

Statement by the President on the Passing of Ted Sorensen