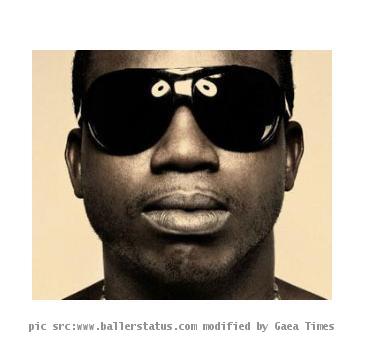 LOS ANGELES (GaeaTimes.com)- A few days ago Gucci Mane was arrested and was kept under mental treatment facility. However, that did not stop him from exploring his artistic skills. The Atlanta based rapper launched his latest album “Gucci 2X” on January 10, and tweeted his fans to confirm the news. The album was premiered on WorldStarHipHop.

Before the album was released on WorldStarHipHop, the Waka Flocka tweeted to Gucci Mane, to tell his fans about the new mixtape, something that every people would like to hear. Gucci Mane immediately confirmed that the new album “Gucci 2X” is coming soon on Tweeter. However, he did not exactly confirm when would it be actually hitting the stores. Several sources on the other hand, are under the impression that it would definitely be released before January 24, the day the rapper gets his next hearing. However, all those who are interested in getting the first glimpse of the mixtape, can also resort to Youtube.

Although the mixtape was premiered on WorldStarHipHop, the rapper has been going through a tough time. Gucci mane was arrested from the residence of Waka Flocka, in Atlanta, after the police raided the home. Earlier this month, he was once again produced in front of the judges, because he violated the probation period, that followed his arrest. He requested the judge for a house arrest. He said that he was mentally incompetent to execute the probation revocation hearing properly. He also gave a “Special Plea of Mental Incompetency”, but the judge declined the request and not only sent him back to the prison but also ordered him to undergo a mental health treatment facility. He next hearing would take place on January 24.

Los Angeles (GaeaTimes.com) - Greg Oden is not playing for almost a year now but he is one of th...

Rap superstar 50 CENT is furious after the editors a popular hip-hop website used his image without ...
Copyright© 2011 The Gaea Times