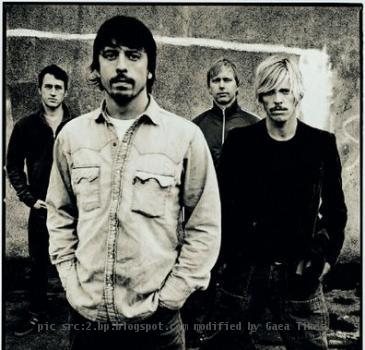 LOS ANGELES (GaeaTimes.com) — After finishing their latest album, the Foo Fighters arranged a closed gig at a secret club show for fans, family members and famous friends in Los Angeles on Tuesday. In the show they burned down some old tunes along with some of the songs from their latest album.

Among the famous faces in the crowd at Palladino’s were actors Ryan Phillippe, Amanda Seyfried and Shane West who took in a set list that boasted such hits as opener “Times Like These,” “My Hero,” “For All The Cows,” “Generator,” “The Pretender” and “Learn To Fly.” Among the new songs, band played “Dear Rosemary,” “White Limo,” and “Back and Forth.” The latter which may end up as the title of their seventh album, band frontman Dave Grohl told the crowd.

On one new song, presumably called “I Should Have Known,” Grohl was joined on stage by former Nirvana bandmate Krist Novoselic, who reportedly plays accordion on the new album.

How to specify default feed handler in Firefox

When Firefox 2.0 was released it introduced a feature known as in browser feed handling. The cap...

New album from Killing Joke due this November

September 21, 2010 (Sampurn Wire): The band KILLING JOKE has been one of the most volatile and inf...

With apologies to Barack, Paul McCartney belts out 'Michelle' to a first lady named Michelle

McCartney turns 'Michelle' into ode to first ladyWASHINGTON — Paul McCartney had been itching ...

NEW YORK - Paul McCartney has been honoured with the Library of Congress Gershwin Prize for Popular ...

Paul McCartney's brings down the house _White House, that is _ at East Room tribute concert