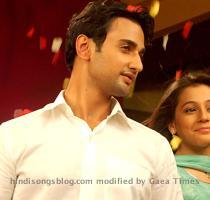 MUMBAI, INDIA (GaeaTimes.com)- Delhi rocks! Yes, this seems to be the latest mantra for Mumbai. If you are wondering as to what could be the possible reason behind this then just get a short glimpse of some of the latest daily soaps on prime time television. Of late, the power capital of New Delhi is being taken as the backdrop of many serials. Right from “Ram Milayee Jodi“, “12/24 Karol Bagh”, “Sasural Genda Phool” and many others are set in Delhi. The common setting must be having some strong reason behind it.

According to sources, many believe that New Delhi is a city with which almost the entire nation shares an intimate bond. Not only that it is the capital city of India but also because the city reflects the ancient morals and values. It reflects our entire culture and heritage. The city has a different charm of its own and is not just restricted to one particular community and its culture. It is a region that beautifully symbolizes concrete India, reflecting the ideas and values of so many diverse cultures. Rajita Sharma, producer of “Ram Milayee Jodi” exactly agrees to this point and says that the reason she chose the city for the serial is hidden in the city’s power to hold so many cultures together.

The producer of “Ram Milayee Jodi” also added that she herself had spent as long as eight years in New Delhi and is aware of how much power the city has. She says that it a perfect blend of so many cultures. The female lead of her serial draws many of her values from what the city offers. The national capital is surely increasing the TRPs which is why it has become the most sought after backdrop for the serials.