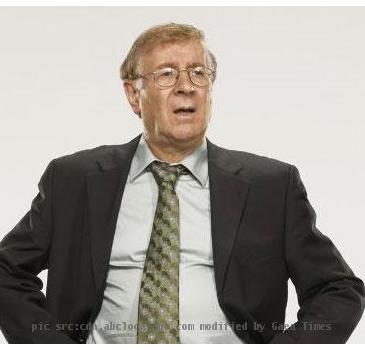 LOS ANGELES (GaeaTimes.com)- Former stand-up comedian and renowned actor Steve Landesberg passed away on Monday leaving his friends and family mourn for his death. The “Barney Miller” actor’s representative Jeffrey Leavitt announced the news to the media. His representative did not comment anything about the cause of his death. However, a reputed media source reported that the veteran actor passed away after losing his battle with cancer.

Steve Landesberg was best known for his role as Detective Sgt. Arthur Dietrich in popular ABC sitcom “Barney Miller”. His representative Jeffrey Leavitt released a statement where it was stated that his client and friend Steve Landesberg breathed his last on Monday. The representative, in his statement said that it was an honor for him to work with the “Forgetting Sarah Marshall” actor both professionally and personally and he will be greatly missed. Shirley Jones, who appeared with Steve Landesberg in one of his final performances expressed his condolences and said that the “Barney Miller” star was a superb actor and comedian who could get into the skin of the character he portrayed.

Steve Landesberg’s family was not immediately available for any comments. The actor played the role of a pediatrician, Dr. Rosenbaum in the movie “Forgetting Sarah Marshall” and received appreciation from the viewers. He became a household name with his hit sitcoms like “Everybody Hates Chris”, ”That 70s Show”, ”Just Jordan”, “American Dad” and “Seinfeld”, to name a few. His co-actors and friends have expressed their condolences at the unfortunate demise of the actor. Steve Landesberg was 65-year- old and he is survived by his wife, Nancy Ross Landesberg and his daughter Elizabeth.

LONDON - Tall bowlers have the best averages, and according to England bowling coach David Saker, S...
Copyright© 2010 The Gaea Times