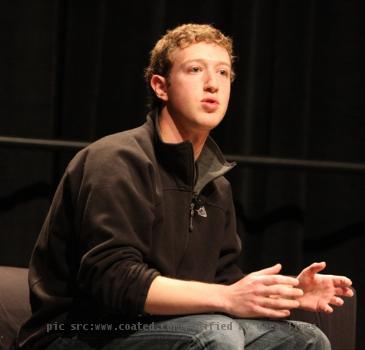 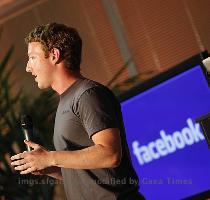 SAN FRANCISCO (GaeaTimes.com)- The CEO of Facebook Marc Zuckerberg is back in news and this time it is not for any controversy or allegation! The young entrepreneur who became a household name after launching Facebook which has become possibly the largest and most popular social networking service in recent times, has achieved a coveted award. He has been selected by the coveted Time Magazine as the winner for the Person of the Year 2010 award. The CEO of Facebook has often been accused of manipulation and using the concept of others to reach the zenith of success. The film based on his life, The Social Network also portrayed him as a go getter who can resort to various means when it comes to getting what he wants. However, despite all these brouhaha his public image has not suffered much as is evident from this victory.

Marc Zuckerberg hogged headlines a few days back when he said that he would be a part of the Giving Pledge. The initiative is the brainchild of Bill gates, Microsoft founder and investor Warren Buffett. After being declared Time’s Person of the Year 2010 the cute faced CEO of Facebook said that he feels really elated and the realization that the endeavor of his team has succeeded makes him even happier.

The contenders for the Time’s Person of the Year 2010 award were heavyweight ones including Julian Assange the controversial founder of Whistle blower website WikiLeaks. While he won the online poll for the prize, the Time editors chose Marc Zuckerberg. However, they said that both the contenders are almost equal.

LOS ANGELES (GaeaTimes.com) -- The eleventh season of "Dancing with the Stars" is on the verge t...
Copyright© 2010 The Gaea Times