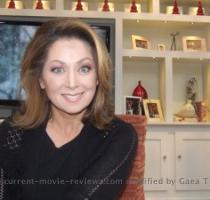 LOS ANGELES (GaeaTimes.com)- After selling tempting items for five years in QVC, Lisa Mason finally decided to pursue her career in broadcast news once again. Many of her fans were completely disheartened, as the television show host concluded her final episode in the channel on December 14 at 5:00 pm.

Lisa Mason, said in her show last day, that she is all set to return to her “first love”, that is news broadcasting in New York. She therefore bid her final goodbye to all her fans and loyal viewers at 5:00 pm. The show was not like the other preceding episodes, where she endorsed the items and tempted the viewers to grab them. She rather decided to make her final episode a bit more special, by taking personal phone calls from her viewers who have loyally watched her program and admired her for her charm. She even talked about her future plans and the her new book, which is about to hit the book shelves in a few months. The show also featured some of her memorable moments from the past, on the same show.

Many fans gave Lisa Mason special messages and good wishes as they came to know that this would be the last time that they are having her on QVC. One of them said, that one thing he would always remember about her is her wonderful sense of humor. Another fan, remembers her presence in a New Years Eve program. He recalls it as the most enjoyable New Year’s Eve so far, because of her presence. He looks forward to see her in the broadcast arena very soon and wished her all the best for her future endeavor. Another fan said that she is dying to buy her book and is glad to see her happy with her new career decision.

WASHINGTON - Professor Linda Watkins of the University of Colorado at Boulder says that success...

Join Lisa for a special taking care of babies day, feed, change and play with them all, so you can m...

WASHINGTON - A new study has pointed out that disadvantaged kids are more likely to drop out of ...

WASHINGTON - It is well known that individuals with a parental history of Alzheimer's are at increas...

NEW DELHI - Former fashion model-turned-actress Lisa Ray has been roped in as the host of an upcomin...

WASHINGTON - Experts are trying to solve the acoustic riddles posed by the ancient Mayan pyramids. "...