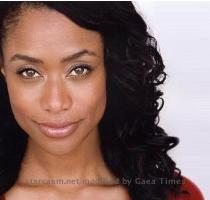 LOS ANGELES (GaeaTimes.com)- The second season of “Basketball Wives”, was premiered on Sunday nights at 10 pm ET on VH1. This time however, there is a new addition to the cast. Tami Roman, the Ex-wife of Kenny Anderson has joined the seven other ladies for the show, to incorporate more excitement and fun.

Although Tami Roman and Kenny Anderson are now divorced, it was rather surprising to have her on the show. Where all the other ladies are directly related to some or the other basket ball players, Tami Roman, has no link with Kenny Anderson or any other Basketball player for the matter. Nevertheless, critics thought that it was good to have her on the show. Her presence is expected to minimize the monotony, that could have bored the audiences with the repetitive star cast. The second season revealed many new gossips that are taking place in the lives of these ladies. Royce Reed is dating a man called Dwayne, while Evelyn Lozada has found a stronger identity for herself. Jennifer Williams said that her relationship with Eric Williams is still going strong, but she does not know what is in store for the future.

However, it was Tami Roman, who got the maximum attention yesterday. She said that she has no relationship with Kenny Anderson at all and are no more in good terms. Last year, if he was set on fire, she would have pissed on him, and she would like to spit on his general direction. She got married to Kenny Anderson in 1994, and got divorced four years later, when she can to know that the player was cheating on her.

Miracle Man Kenny Easterday: The Man with Half Body

NEW YORK (GaeaTimes.com) -- The story of an unusual man with half body may make you believe that...

POMONA (GaeaTimes.com)- The Automobile Club of Southern California NHRA Finals, which have too...

WASHINGTON - Tata's inexpensive water purifier, aimed at households that may not have electricity, b...

LOS ANGELES (GaeaTimes.com) -- Hocus Pocus is a 1993 fantasy movie based on Halloween theme. The mov...

JACKSONVILLE, (GaeaTimes.com)- Yesterday's NLF match between the Tennessee Titans and the Jagu...

George Michael off to rehab

LONDON - George Michael has checked into a rehab to overcome his drug addiction. "I want to beat my ...

George Michael off to rehab

LONDON - George Michael has checked into a rehab to overcome his drug addiction. "I want to beat my ...
Copyright© 2010 The Gaea Times