Nick Brooks Under The Scanner 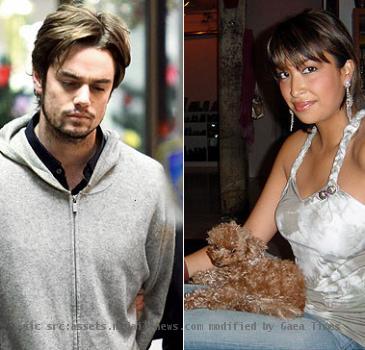 NEW YORK (GaeaTimes.com)- The boyfriend of talented designer Sylvie Cachay, who was found dead recently in a elite New York hotel, has been charged with strangulation and attempted murder. 24-year-old Nick Brooks, the son of a composer named Joseph Brooks is under the scanner of law and cops now. The cops are of the view that he played a role in killing his successful and talented girlfriend who was about to enter her 34th birthday shortly. The swimsuit designer who was extremely popular with her friends for her loving and caring nature died under unexpected circumstances and her dead body was found in the hotel’s bathtub with marks on her body. The friends close to her told the media how a lively and happy girl like her fell in love with a n unemployed and unambitious man.

The lady was sad when her lovely dog died and at that time she came across Nick Brooks who consoled her. That is how they started liking each other, said the grieving mother of the talented designer. The designer was very friendly by nature and all her friends were very fond of her. She attended the birthday and marriages of her buddies. In professional front she was doing very well. She worked for stalwart designers and brands including Tommy Hilfiger and Marc Jacobs. 4 years ago she started her swim wear label as well. Nick Brooks was a stark contrast to her in every way.

Nick Brooks was with her on the night she breathed her last as it has been reported. The couple was reportedly going through a rough phase in their romance.

LONDON - The British Government will cap the number of non-EU skilled migrants allowed to enter the ...

Fletcher's 'three mantras' of how to dislodge Ponting

LONDON - A race ace, who has been named Britiain's Young Driver of the Year, faces a ban for dangero...

66pc Brits worry about finances but don't do anything about it

LONDON - A new survey has revealed that nearly two-thirds of the British are worried about their fin...

Kiwis struggling at 148 for seven against India

NAGPUR - An excellent display by the Indian bowlers saw New Zealand being reduced to 148 for seven i...