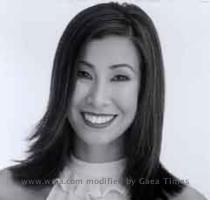 LOS ANGELES (GaeaTimes.com)- Lisa Ling appeared on the talk show, ‘The View’, recently and spoke about her new website, ‘Secret Society of Women‘. She said that she got along with her friend Sophia Kim and founded the website where women of all ages could share their secrets.

Lisa Ling said that she became a changed person after suffering a miscarriage 6 months ago. She added that later she was quite taken aback to see that several of her friends had gone through the same ordeal and the women understood each other’s emotional state. She said that she wanted to create a platform where women could freely express anything about themselves. The ‘Secret Society of Women‘ website also allows women to remain anonymous and thus the women are free to express their thoughts on everything from men to dreams and fantasies. The women are seen spilling their heart out on the website and it is clear that the promotion of the site on the show has worked wonders for the website.

The violent themed website also hosts some interesting polls and odd statistics. One recent stat said that 12% of married Americans sleep alone. A poll which asked women whether they though men and women could be just friends and the results showed that more than 30% did not think so. The ‘Secret Society of Women’ website also has sections for experts advice on matters of importance to women like skin treatment, body enhancements, make up and relationship advice. Lisa Ling said on the show that she feels that women hold a lot of secrets and thus she and her friends wanted to provide a platform where they can safely share them.