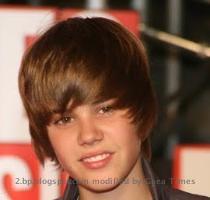 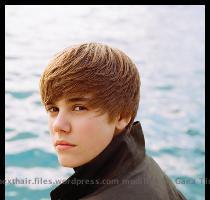 LOS ANGELES (GaeaTimes.com)- While only a select few celebs can make it to the headlines for getting a haircut, Justin Bieber has raised a storm by merely changing the direction of his locks. The web has been abuzz with the reports of the Canadian pop sensation getting a haircut but the latest statement from the ‘Baby’ star’s manager who rubbished the rumors of the haircut and said that Justin Bieber had merely brushed his hair in the opposite direction.

The news of Justin Bieber getting a haircut started doing the rounds after he attended an event in New York City to promote his new book, ‘First Step 2 Forever’. His manager said that the 16 year old merely brushed his hair in the opposite direction but the entire world thinks he had a haircut. There were also speculations that the new hairstyle could be the result of a new product the star had earlier revealed that he does not use any.

Though the web has been abuzz with the Justin Bieber fans speculating on his new hairstyle, the star himself was spotted wearing his original look in London where he performed on the show ‘X Factor’. He was also seen his usual self in Spain where he was presented with a gold record. Looks like haircut or haircut, Justin Bieber still retains the ability to make it to the top of the hot searches with almost anything that he does. The hairstyle that sparked the rumors reveals on a closer look that the star had not only brushed the hair in the opposite direction but also added some moisture in it to darken the color.