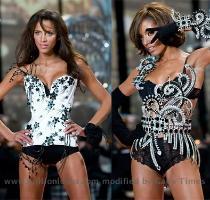 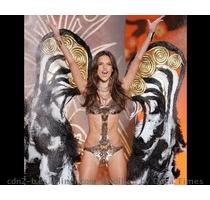 LOS ANGELES (GaeaTimes.com)- The sexiest night in Los Angeles, the night of the Victoria’s Secret Fashion Show 2010 was aired on CBS on November 30. With gorgeous models walking in the ramp in hot lingerie and angelic wings, the entertainment could not get bigger or better. There were also stellar performances from Hip Hop icon Akon and Pop sensation and sex bomb Katy Perry.

Adriana Lima, who is one of the most popular among the Victoria’s Secret Models spoke to the media ahead of the show and said that it was nice to get back into the bikini after having a baby. She said that she felt more confident and complete as a woman. The men after watching the watching the Victoria’s Secret Fashion Show 2010 surely agreed with her as the show got rave reviews from the TV critics on the web. Adriana Lima’s return to the ramp has also been one of the most anticipated by her fans as the supermodel had recently put on weight owing to her pregnancy. She said in the interview before the show was aired that she was slightly nervous about her weight initially. She said that she managed to hit the gym while her 5 month old daughter was taking a nap.

Erin Heatherton, a blond 21 year old Victoria’s Secret angel spoke to the media before the show and said that she felt great about her hourglass shaped body. She said that sexiness was just confidence and everyone could feel sexy if they wanted. She also added that sexiness came from within. The bombshell was also seen walking the ramp on the Victoria’s Secret Fashion show 2010.