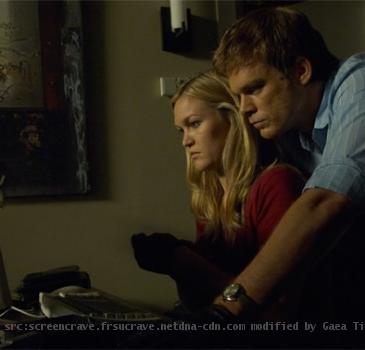 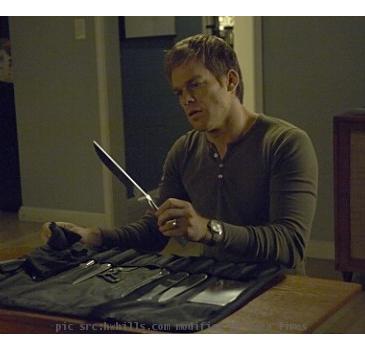 LOS ANGELES (GaeaTimes.com)- This week in “Dexter” season 5 episode 10 the audience saw Dexter killing fourth of the five culprits who abused Lumen, leaving only Jordan Chase. The intense episode was subtitled as “In the Beginning” and it was directed by Keith Gordon. The insane suspense, moments of horror and dramatic brilliance of the story kept the audience riveted to their seats on Sunday and the story is written by Scott Reynolds.

“Dexter” episode 10 of season 5 can be called one of the most important episodes because various mysteries were unfolded to the characters. When on one hand Debra is on the verge of knowing that her brother is a serial killer, Jordan makes a trap to catch Dexter and Lumen together. Jordan understands before that Dexter and Lumen have a link and this week he becomes sure of the fact. Deb and Quinn searches for Cole and interrogates Jordan as well. However, the audience already know that Dexter killed Cole last week. On the other hand while searching things at Cole’s house, Quinn finds a collection of DVDs whom Cole tortured. However, Dexter manages to take the CD in which Lumen is there.

Things take a different turn when Lumen goes to the woman with Jordan’s necklace. She tells her about Alex Tilden, who is another man who works under Jordan. However, later the audience understands that Jordan had actually set a trap for Lumen and Dexter and tried to kill her. Jordan informs Quinn and Debra about Alex and before Dexter reaches Alex’s home, the investigators reach. Amidst all the suspense and tensions Dexter and Lumen finally kills Alex but Liddy video tapes the whole event. Overall, “Dexter” season 5 episode 10 gave the audience ample entertainment to chew on till the next week.